Since organic to industrial farming.

The development of agriculture and food industry has led to globalization and unification of food. On the one hand, food production has become more efficient, on the other – it has lost its authenticity, and, above all, naturalness. The desire for proper nutrition, taking care of health, as well as protection of the natural environment, all make consumers choose traditional and regional products more often. Is it just a vogue or is there something more to it? Up to 1960’s Polish agriculture was nearly exactly what is nowadays known as organic farming. It was related to, i.a. the fragmentation of lands that were mainly used for subsistence farming, and the owners could not afford to use fertilizers and pesticides.

Conventional cultivation versus the organic one.

Let us compare the conventional and ecological, also known as organic, apple growing, which mainly consists of fertilization and plant protection. We will refer to orchard treatments used in two exemplary, strictly controlled, particular orchards: ecological and conventional.

In the case of the ecological orchard, fertilization meant providing manure under trees in the quantity of 15 t/ha of the orchard. Thus, on average in one year, the quantities of substances delivered to the soil were as follows: 3,2 kg N/ha, 1,5 kg P2O5/ha, 4 kg K2O/ ha, 1 kg MgO/ha, 3,6 kg CaO/ha. On the other hand, conventional fertilization consisted of applying artificial fertilizers, calcinit and urea, into the roots of the apple trees. On average, 100 kg N/ha and 158 kg CaO/ha were delivered into the soil in one year.

When it comes to the protection against pests, fungi, diseases, in the case of ecological cultivation it meant spraying with horsetail decoction and nettle extract. Conventional protection was based on using the following pesticide spraying: Miedzian, Chorus, Score, Delan, Shavit, Folicur, Punch BIS, Captan, Euparen, Diazol 500 EW, Owadofos 540 EC, Pirymol 500 EW, Mitac 200 EC, Folar, Roundup and Dicoherb. Obviously, the selection and use of fertilizers and plant protection products on other farms may be much larger, especially in conventional orchards. It depends on soil, pests and diseases. Also, in ecological farming, other natural mineral fertilizers and pest control agents can be used, but only on the condition they are approved and included in a strictly defined list, published by e.g. the Institute of Soil Science and Plant Cultivation in Puławy, the Institute of Plant Protection, and the Ministry of Agriculture and Rural Development.

To sum up, the ecological cultivation is much more demanding than the conventional one, due to the fact that the accessible range of products for protection and fertilization is limited, but also their efficiency is lower. In addition, many synthetic agents used in a traditional apple growing, such as Roundup, are suspected of having a harmful effect on human health.

What is the final product like – what is the difference between apples from ecological and conventional orchards?

Assessing the content of compounds with antioxidant properties, it can be stated that the content of vitamin C, flavonols, and anthocyanins was higher by 22%, 14%, and 27% respectively, in fruit from organic orchards compared to conventional apples. These compounds protect the human body against the circulatory system and heart diseases, neoplasms, and aging. Apples cultivated with conventional methods contained significantly more reducing sugars and showed a higher ratio of total sugars to organic acids. Apples grown ecologically showed considerably more dry matter (15,13%) compared to the conventional fruit (13,95%). To summarize, organic apples contained about 20% more of biologically active compounds than the fruit grown conventionally. It proves the higher nutritive value of ecological apples. Other studies also showed that organic apples contained less nitrates, while containing more vitamins, valuable protein, and minerals. What they did not contain, however, was pesticide residues. When it comes to weight, ecological apples had a significantly lower mass compared to conventional ones. While assessing the appearance, consumers stated that the Lobo cultivar from organic cultivation had a better peel colour and worse general appearance compared to the conventional fruit. However, in the case of the Cortland cultivar, there were no significant differences in preferences between the apple samples from both cultivation types. In terms of flavour, the sweetness of conventional apples was rated more positively. The higher rating of the sour taste and lower of the sweet taste of the fruit from the ecological cultivation is the reflection of the results of studies on nutrients, i.e. a lower ratio of total sugars to organic acids. In the case of other sensory features, no significant differences between the fruit samples from different production methods have been found.

Is ecology profitable for fruit farmers?

The difference in the form of cultivation apart from health and ecological factors, influenced primarily the productivity of the later harvests, and thus the price of the apples. The productivity of the organic cultivation was 5,25 tonnes/ha, and of the conventional one 50 tonnes/ha. To sum up, ecological apples contain more nutrients and substances responsible for slowing aging and protecting from cancer, but they do not have derivatives of artificial fertilizers and plant protection products. Conventional apples look better, taste sweeter, and their production is cheaper. To conclude, in terms of economy, the ecological cultivation of apples is more expensive, less efficient, and many consumers are not willing to pay more than they do for fruit from conventional orchards. However, organic apples are certainly beneficial to our health and the environment.

Organic apples are certainly beneficial to our health and the environment.

Detailed results of the research are presented in the tables below (click to zoom): 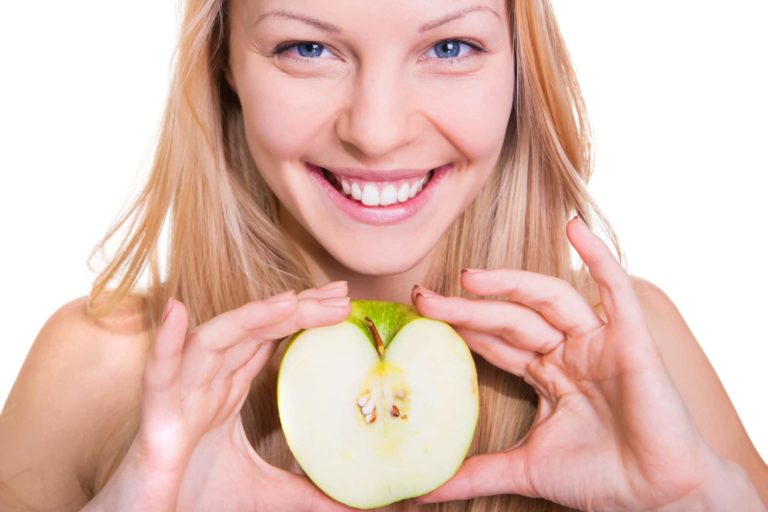